Inspired to Create – with Fabio Napoleoni

Inspired to Create- A Chat with Fabio Napoleoni 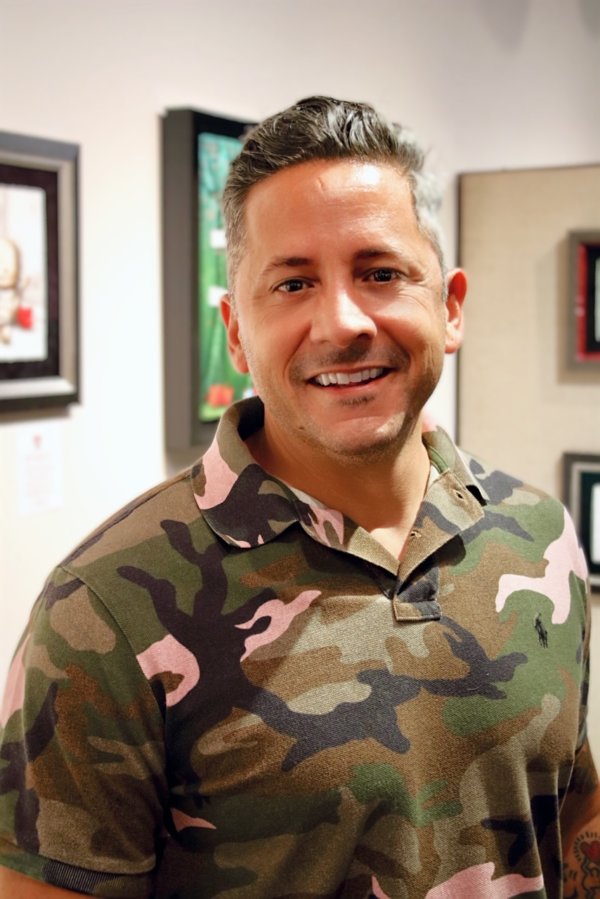 I’m not exactly sure when I discovered Fabio’s work, but I do know that I was immediately drawn to the characters and the messages that spoke so loudly through the paint.

I started following Fabio’s Fan Page on Facebook where he not only interacts with his collectors on a daily basis, but also hosts Facebook live events showing how his creations come to life. I feel like I know him based on those genuine interactions. While I don’t own a Fabio Napoleoni creation yet, it’s just a matter of time. Hopefully, not too long of a time. 🙂

Drawing on a lifetime of experiences, Fabio Napoleoni translates each tug of his heart strings into an emotional expression caught on canvas for the world to view. His world and his passion are bared via his body of work.

Encouraged by his mother, an artist as well as a single mom, to do what he loved, Fabio developed his great talent and appreciation for all types of art. His personal inspirations were Picasso, Van Gogh and Jackson Pollock. Something that intrigued him about these icons of the artwork was that they were masters of releasing their own emotions onto canvas and evoking feelings from those who viewed their pieces.

Fate would have a hand in Fabio’s creativity development though. His daughter was born with a critical heart condition requiring multiple hospital stays. Once again, Fabio searched for an escape and emotional release from deep emotions surging inside of him. During these intense periods of time, all of these emotions—sorrow, melancholy, hope, fear, joy—became part of Fabio’s art.

While his daughter progressed and recovered, Fabio’s art became more uplifting and encouraging. Fabio’s art follows periods of his own life—reflective of where he is and what is going on as his life occurs and evolves.

Fabio’s work can be found in a variety of galleries across the country. If you’d like to follow along on his journey, check out the links below.